In the Platform Women & Sustainable Peace (VDV) Dutch women’s organisations and peace organisations cooperate in strengthening the position of women, inside and outside the Netherlands, in order for them to contribute to the prevention of war, sustainable peace and reconstruction of society.

The Platform cooperates with the government and other NGOs in implementing Resolution 1325 in the Netherlands, by participating in the National Action Plan 1325.

In 2013, the Platform Women & Sustainable Peace organizes the project ‘Peace, Religion and Female Leadership’. Several activities are taking place, to deepen the understanding about religion as an inspiration source for female leadership in Peace and Reconciliation. More English information about this project can be found here.

About the Platform VDV

The Platform Women & Sustainable Peace (VDV) was founded in 2005 as a cooperation of 12 member organisations. The objective of the Platform VDV is to contribute substantially to the implementation of national and international agreements, especially UN Security Council Resolution 1325.

Wars are not only an affair of governments and armies. Groups of citizens fight each other, technology brings weapons into the reach of everyone, even children. Armies are being brought into action to exact or maintain ‘peace’. Hence, working for peace and security is an affair for every citizen, men and women. The Platform VDV strives to increase the number of women that works for peace and security. They need to get the opportunity as well as seize all opportunities.

There will always be conflict. Instead of violence, other more creative ways of resolution are possible. The Platform VDV devotes itself to that goal.

The Platform VDV is a cooperation of the following organisations:

On 24 and 25 October 2000, the UN Security Council discussed the question of women in relation to peace and security. Topics were the needs of women in UN missions and women’s role in consolidating and maintaining peace. According to the UN, all measures regarding peace and security should be tested on their gender effects.

On 31 October 2000, the Security Council adopted unanimously Resolution 1325 on women, peace and security. The resolution calls for:
1. Taking into account the equality of sexes
2. Carefully taking into account the special needs of women and girls when they return and settle in previous conflict zones, in their reintegration and in rebuilding society.

The adoption of this historic resolution counts as an important step towards the recognition of women’s roles in managing conflicts, making peace and consolidation of peace after conflicts.

The Platform VDV is active in promoting Resolution 1325.

One of its activities is publishing about this important resolution and the work that women all over the world are doing to implement the resolution in their region.

You will find the booklet Women Peace Security, Resolution 1325 in Practice here.

On 24 June 2013 – The Security Council sent a strong signal to perpetrators of sexual violence in conflict that their crimes will not be tolerated, adopting a new resolution to strengthen efforts to end impunity for a scourge that affects not only large numbers of women and girls but also men and boys. It adopted Resolution 2106.
In three previous resolutions – 1820 (2008), 1888 (2009) and 1960 (2010) – the Council affirmed that sexual violence, when committed systematically and used as a tool of war, is a fundamental threat to international peace and security, requiring an operational security and judicial response.
More information is to be found here on the UN site. 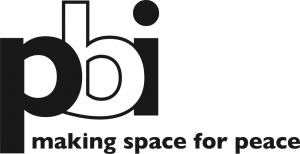 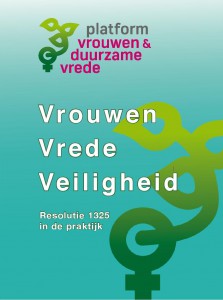